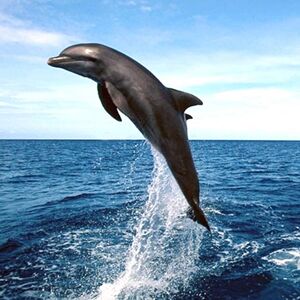 This essay illustrates the process of change that happens by the application of the Alexander Technique from a variety of aspects. First, a brief introduction about the Alexander Technique is given. Then, the concept of tonic and phasic movement is introduced. By analysing a simple movement sequence a picture emerges that requires an interdisciplinary approach to describe the complex interaction of intention, nervous system and musculoskeletal system with the environment. The holistic approach of the Alexander Technique clashes with some scientific paradigms, although research about postural reflexes and movement can explain some of processes involved, allowing to understand the changes of an individual on new levels.

The Australian actor FM Alexander developed a method to change the way a human coordinates his/her movement towards the deployment of evolutionary inherited postural reflexes. FM Alexander discovered after a series of long term self experimentation that the relation of head, neck and back determines the efficiency of movement of the organism in any given moment, and affects the overall health in mid and long term.

By maintaining a minimal tone in the neck area postural reflexes balance the organism most efficiently, which in turn affects the quality and efficiency of voluntary movement. Postural reflexes can be reorganised by the self, the term FM Alexander used to describe the agent of human activity.

Our nervous system organises movement in habitual patterned feedback loops, and conscious intervention of these feedback loops can restore our postural reflexes to work according to their evolutionary design.

FM Alexander described his method to learn the skill of reorganising movement habits in four books, taught thousand of students and trained the first generation of teachers of the Alexander Technique. Practitioners often report positive effects on overall health, mood and performance. One elementary part of the technique deploys a form of goal directed introspection. This very subjective method of gathering data needs a modern approach towards the scientific concepts about human nature.

I will refer to the concepts of the Alexander Technique in more depth while looking at movement from a potential unfamiliar angle.

Before we do anything specific, we already balance. We don't perceive balancing as an constant interactive process coordinating our overall orientation to the world in most situations, neural feedback loops operate automatically in the subconscious background of our attention. The term tonic is commonly used in conjunction with movements, muscles and receptors that interact to maintain a desired shape under the influence of gravity. Anything else we do then specifically happens in front of the background of tonic activity [1]. The parts of the organism mainly involved in voluntary movement are commonly referred to as phasic.

The human nervous system utilises vestibular, kinesthetic and visual input to constantly coordinate balance by adjusting the whole muscular activation pattern [2]. Sherrington detected that activation of a muscle goes together with inhibition of the antagonistic muscle, organised as reflex pattern and activated via lower and higher centres of the nervous system [3]. One of these reflex patterns registers the kinesthetic and tactile feedback from the soles of our feet which mainly affects the soleus muscle [4]. We use visual input as primary navigational information especially during locomotion, which activates the reflexes to maintain the orientation of the eye within the skull, and the relation of the head towards the torso [5].

The muscles used for tonic activity in other mammals contain a high content of red fibres. These fibres metabolise only oxygen, react slower and weaker than white muscle fibres, but don't tire as easily [6]. The versatile use of hands, speech and the variable facial expressions distinguish us from our evolutionary kin, and allow us at the same time to organise our balance in self-harming ways. Human tonic activity happens as subconscious and reflexive as with other mammals. Our dexterity comes with the cost of being able to deploy highly inefficient choices of muscles in our postural responses and reflexes.

The human musculo-skeletal structure acts like a system of interconnected tensegrity modules, which means that adjustments to the tension level in a single place affect the entire structure. If we 'do nothing' like standing our nervous system still busily adjusts the muscular tension throughout the entire structure, guided by the contact of the feet to the ground and our gaze. Ideally, our weight is distributed along our bones, held in dynamic balance by reflexes acting on the red fibres of our postural muscles, far below our conscious awareness.

The high prevalence of back pain and RSI seems to indicate use of the organism against its natural design. Our muscles wrap in different layers around the bony structure, which enables us deploy idiosyncratic movement patterns for the majority of activities. Gravity poses a constant background challenge for us, but we can choose how we manage this challenge. In standing, we can make use of our balance mechanisms, which means constantly swaying a bit. While toddlers learn to walk, this sway can be easily observed. If we stand 'still', achieving balance by holding on to some of the outer muscles, this sway might be suppressed, as the smaller muscles coordinating balance have a much lesser leverage on the bones they attach to. Astronauts who spend a long time under zero gravity have adapted their movement patterns to these different conditions, and usually show a deterioration of their postural muscles[7]. Use it or lose it applies in similar ways for neural pathways and the muscles they interact with.

Planning and controlling of movement patterns happens in intertwined neural feedback loops. These loops coordinate movement using known strategies, or can adapt by learning or intention [8]. We organise our movement pattern using limbs rather than single muscle groups, represented by neural networks which become active during planning and execution of the movement. This strategy simplifies coding the pattern for acquired motor skills in reference to the internal body map, but can multiply harm when the body map contains misconceptions.

FM Alexander observed this mismatch of self-reference in the movement patterns of himself and others, and identified it as source of many health problems. He noticed the importance of the head, neck and back relationship to allow postural reflexes to maintain our balance. Head and torso can move in unison or independently, the 37 joints of the seven cervical vertebrae connect several layers of muscles to each other, the thoracic spine, clavicles, ribs, the jaw and the skull [9].

Alexander claims that a 'free neck' allows the organism its maximal expansion, while postural reflexes take care of an intended equilibrium. If we consider for a moment as neck the area surrounding the cervical spine to the skin, including skin and vertebrae, the potential for inefficient use of muscular configuration to coordinate head and torso becomes apparent. The complex redundancy of most trivial head movements, as well as the high density of proprioceptors especially in the suboccipital muscles seem to indicate a special importance of the neck area for the movement of vertebrates including humans.

The neuroplastic nature of the feedback loops in our nervous system that plan and deploy postural responses means that the result of each corrective action feeds back into the coordination of this response, and the way it will be performed the next time [10]. When the nervous system registers a deviation from the desired attitude of the head towards gravity, it starts the movement pattern that successfully stabilised the system last time with a similar input pattern. If the postural muscles like scalenes and suboccipitals can't affect the balance because one or both sternomastocloid muscles exert more power than those muscles can, the response will incorporate muscles rather designed for phasic activity into this reaction.

Our habits leave their trace as neural feedback loops in the nervous system, that modify or reinforce themselves with any activation. Once we acquired habits that interfere with the evolutionary design of our postural reflexes, our body map becomes unreliable and the structure may suffer damage. The adaptability of the human nervous system allows us to identify habits and to reorganise them by creating alternative neural pathways.

The automatic execution of reflexes makes them difficult to detect. If a person always lifts their shoulder when moving an arm, moving it differently most likely feels wrong. An essential part of learning the Alexander Technique consists of developing more awareness for our habitual movement patterns. Once a pattern has been detected by an individual, she/he can gradually change the ways of coordinating movement and equilibrium.

What fires together, wires together. This simplistic statement describes neuroplasticity, the constant reorganisation of pathways and connections within the nervous system. If we react habitually to a stimulus, an existing pathway gets reinforced. If we notice a habitual response arising, we can consciously decide to respond in an alternative way. Habits repeat itself, and repetition creates habits. The alternative pathway needs repeated conscious reinforcement before it can replace the old habit, a process that can take considerable amount of time depending on the age and persistence of any given habit.

Not only the nervous system needs to modify neural pathways, the musculoskeletal system has to adapt as well. Depending on how long tonic muscles have been underused, they may need to regain strength before they interact again in accordance with their design. Fascia surrounds every muscle, and excess tension may impair the elasticity of the fascia, thereby leaving a physical mould of the predominant muscle configuration [11].

The state of the human structure determines how much and how fast the natural tonic system can recover. This change process happens as interaction of nervous system, musculoskeletal system and intent, and this complexity makes specific predictions difficult.

Inspired by his own problems of coordinating himself during performance, FM Alexander developed a set of skills that empowered him to organise his movement in line with our evolutionary inheritance. He derived his ideas about the nature of human movement from the experiments he systematically conducted with himself.

Although science only slowly embraces the complexities of human experience, numerous disciplines teach the skill of systematic self observation, often combined with specific movement patterns. Many of these disciplines, whether in dance, martial arts or somatic modalities like Pilates or Yoga, have been developed by individuals using their consciousness as main laboratory and field of exploration.

Every method that promises health benefits in one or another way will find enthusiastic supporters. This principle applies for conventionally practiced health services in the same way as for holistic approaches to health. FM Alexander based his experiments on the premise of 'psycho-physical unity', meaning that body and mind are so inextricably linked that the distinction between movement and thought becomes obsolete.

Changes to the nervous system and musculoskeletal system happen only gradually and require conscious repetition to establish new movement patterns. To investigate this process we need a different scientific paradigm about the nature of man and a long term perspective in research. Plenty of anecdotal evidence about the health benefits of applying Alexander Technique make it worthy of scientific scrutinity.

Drawing from research of postural reflexes and movement, this paper suggested some of the mechanisms involved in applying the Alexander Technique in their current scientific understanding. The Alexander Technique teaches to identify and modify habits of movement, towards less habitual interference with postural reflexes. This leads to an improvement of functionality of the entire organism with the potential side effect of remedy of ailments. If the claimed efficiency of Alexander Technique rests just on learning to consciously activate placebo effects, it would at least offer some insights in the placebo phenomenon. However, enough evidence suggests a connection between overall health and movement habits to develop new conceptual frameworks about how and why the decision to coordinate movement according to its evolutionary design can affect our entire organism profoundly.

Retrieved from "https://alextech.fandom.com/wiki/Coordinating_patterns_of_movement?oldid=3491"
Community content is available under CC-BY-SA unless otherwise noted.